Dr. Çapar was born in Ankara in 1972. She completed her secondary and high school education in TED Ankara College in 1990. She graduated from Environmental Engineering Department of Middle East Technical University in 1994. She received her M.S. and Ph.D. degrees in 1998 and 2005 from the same department, where she had worked as a Teaching Assistant from 1997 to 2004. She was awarded Chevening Scholarship from the British Council and visited UK in 2004, where she carried out research activities on membrane technology in Chemical Engineering Department of Imperial College, London for 9 months. Dr. Çapar worked as an Instructor in Engineering Sciences Department of METU from 2006 to 2008. In the same period, she visited Imperial College, London again for 3 months to continue research activities funded by the British Council. Dr. Çapar also took part in EU funded projects as trainer/expert in the period of 2005-2009.

She took a pioneer role in the foundation of Water Security and Policy Department and launching of the international program in the Graduate School of Social Sciences of Ankara University, where she was appointed as the Department Chair in 2016. Similarly, she took active role in the foundation of Integrated Water Management Department in the Graduate School of Natural Sciences. She developed new graduate level courses on water management, which are first of its kind in Ankara University and in Turkey.

Dr. Çapar has played an important role in the institutional structuring and physical settlement of Ankara University Water Management Institute, which was founded in 2010. She achieved establishment of new classes, meeting room, project room, computer laboratory, library and work offices. Dr. Çapar has established Water/Wastewater Laboratory in 2015, which created a new research area for Ankara University on water reuse and resource recovery.

Dr. Çapar was appointed as the Erasmus Coordinator of Water Management Institute in 2012 and Water Policy and Security Department in 2016. She achieved to make new agreements with two European universities. She has been a member of the Environment Commission working under Ankara University Coordinatorship of Environmental Planning and Development since 2014. She was appointed as the Board Member of Ankara University Research and Application Center on Environmental Issues in 2017. She was elected as a Steering Committee Member of Resource Recovery Cluster in International Water Association (IWA) for the period of 2017-2019. She is a member of the Turkish Chamber of Environmental Engineers since 1995. 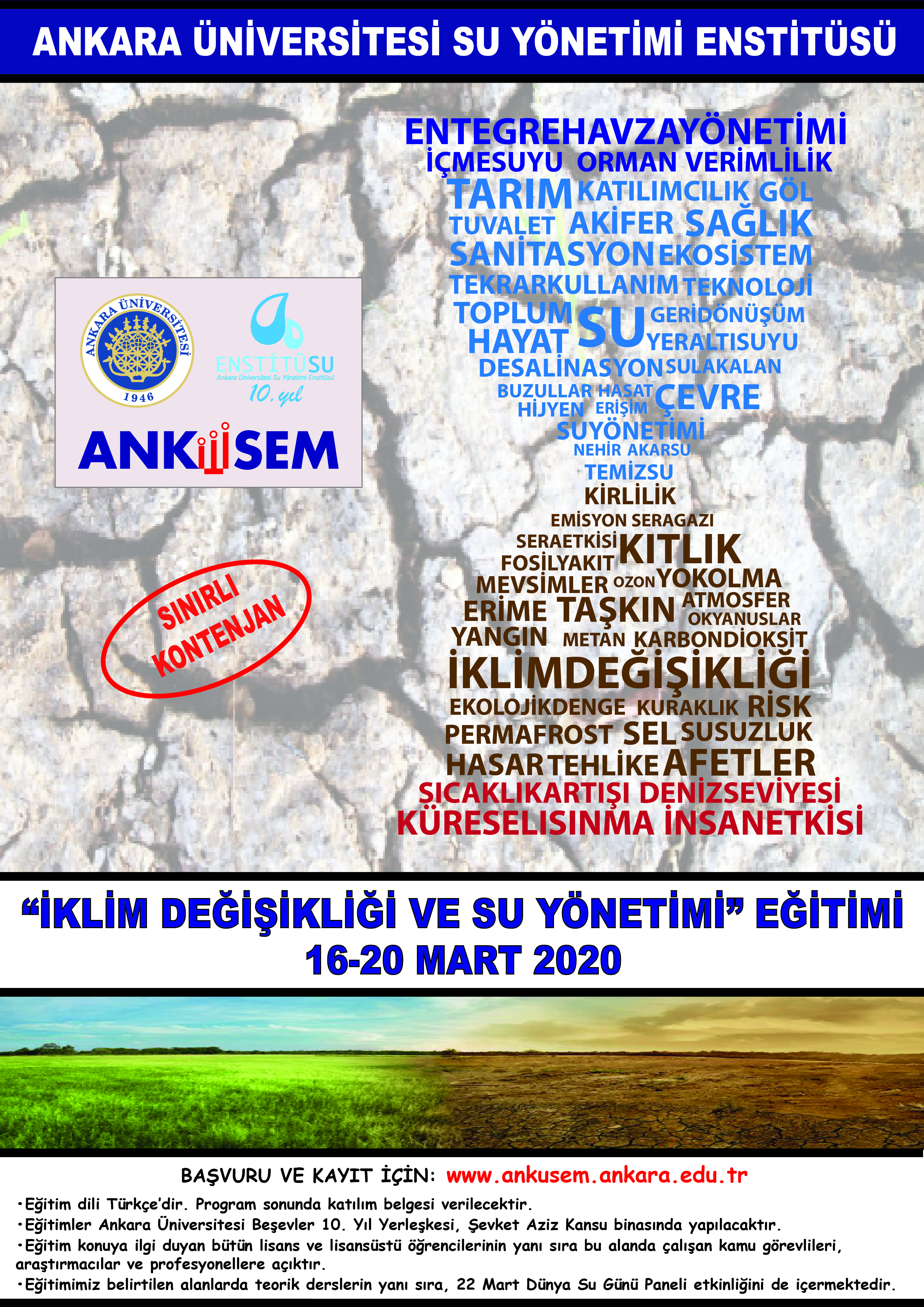